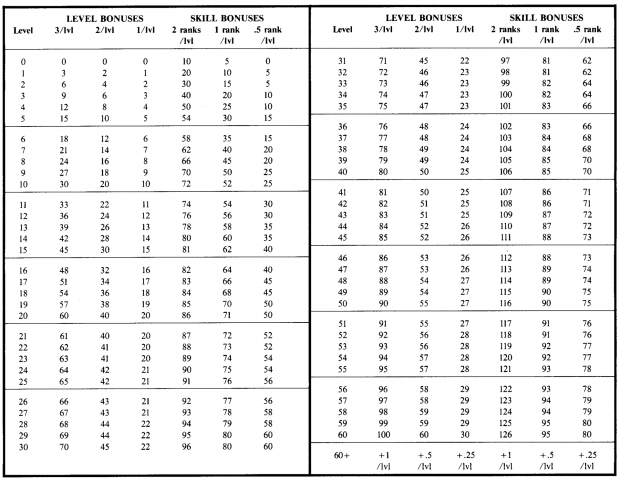 Dashes ( — ) under an individual’s skill indicate that he/​she has chosen no actual ​“picks” in that area. It is entirely possible, however, that the individual’s stat and/​or level bonuse would still give that individual a bonus for that skill.

Skill abbreviations are as follows:

Directed Spells are calculated (for the Elves) based on the assumption of using the Level Bonus Table, Character Campaign Law pg 65.

* under ​“Linguistics” indicates not a specific proficiency, but the number of languages known.

* under ​“Linguistics” indicates that the individual knows all languages in Ea. 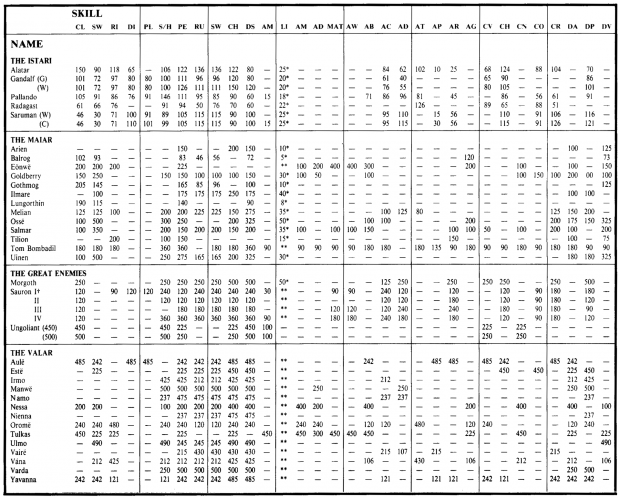 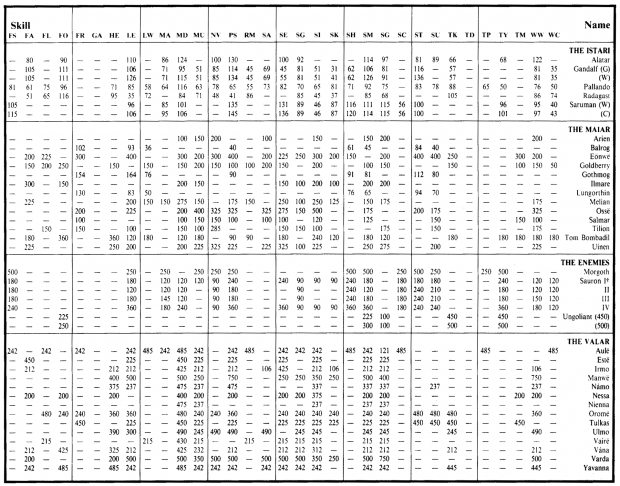 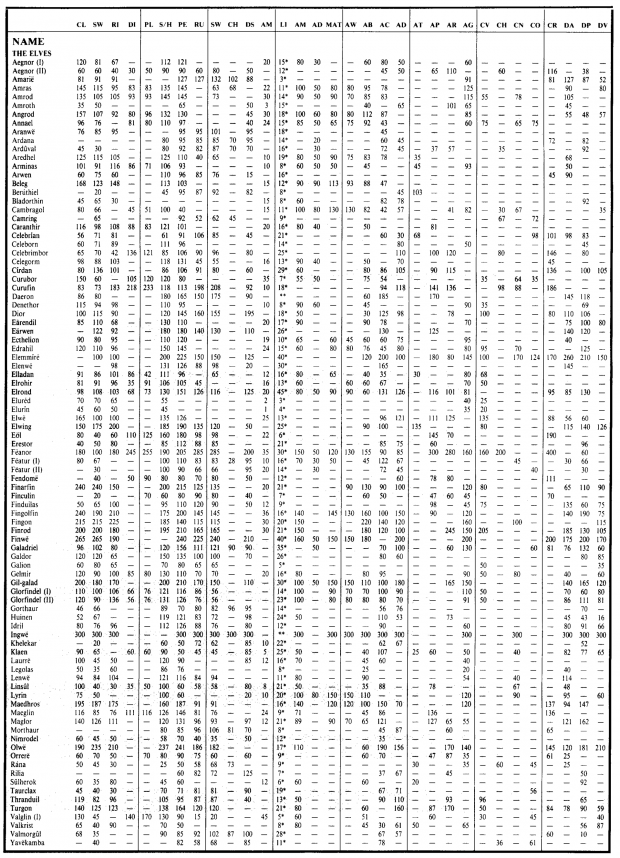 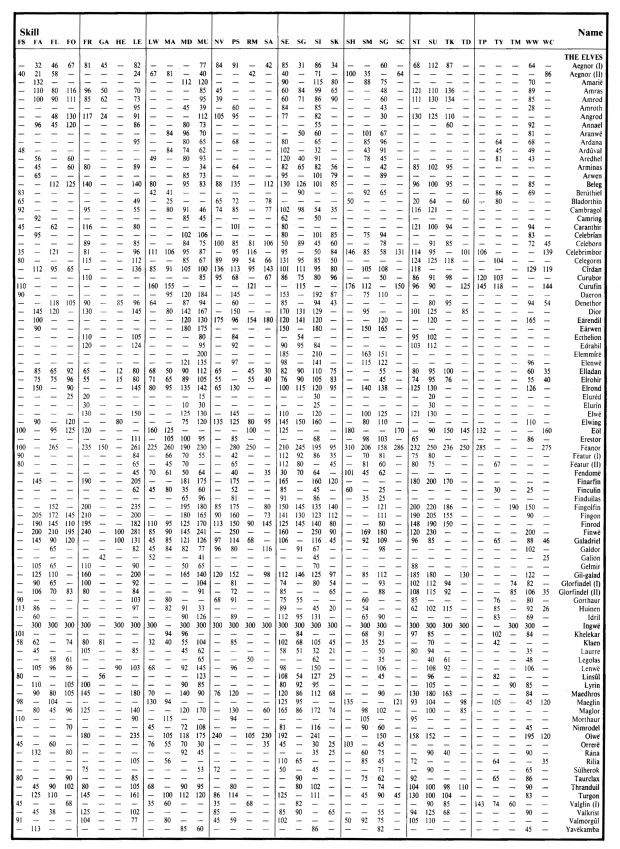 This work is based on The Hobbit and The Lord of the Rings, particularly the appendices from The Return of the King, the third volume of the trilogy. Great pains have been taken to assure no conflict with any other primary source material. Since the material in ICE’s series is derived from the histories of the Third Age, The Lord of the Rings stands as the most instrumental resource.

The Silmarillion and Unfinished Tales may provide crucial data for campaigns set in the First or Second Ages of Middle-earth. The former is certainly key to any in-depth cosmological overview.